The Master of the Rolls (Sir Geoffrey Vos) has approved the Civil Justice Council (CJC)’s recommended new Guideline Hourly Rates for solicitors, which are to published in new guidance on summary assessment for members of the judiciary, to be used from 1 October 2021.

The CJC published its recommendations in July 2021 following an evidence-gathering exercise amongst members of the legal profession in September and October 2020. A further review of the rates has been promised within the next 2 years. This is the first uplift on the rates in 11 years.

There are uplifts across the entirety of the figures. The distinction between London and National Grades remains in place. Qualified costs lawyers, who previously could bill at a rate no higher than Grade D, may now charge at Grades B or C, depending on the complexity of the work done.

The current structure is below: 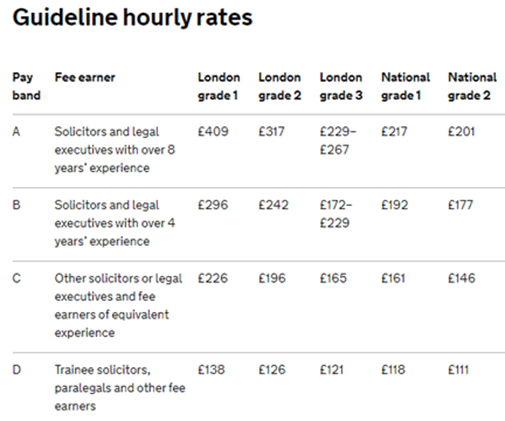 The new structure from 1 October 2021 shall be: