TUSON V MURPHY – TO PART 36 OR TO CALDERBANK – THAT IS THE QUESTION? 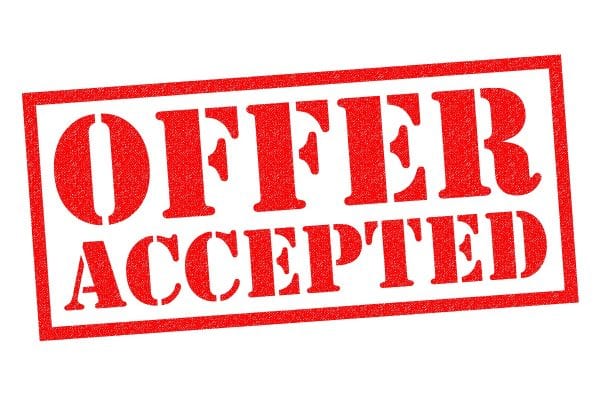 The case of Tuson v Murphy [2018] EWCA Civ 1461 in which judgment was handed down on the 22nd June confirmed the rigidity of the effects of making a Part 36 offer and how difficult it is to persuade a court that the non-default costs effects should not apply even where a Claimant has been held to have withheld material facts about their claim.

The Facts of The Case

10th August 2010 – the Claimant fell off a horse during a lesson at the Defendant’s riding school. She broke her right arm. However, she developed OCD (Obsessive Compulsive Disorder) which two experts attributed to the accident.

May 2012 – the Defendant insurers admitted liability subject to an agreed deduction of 15% for contributory negligence. She gave up her job as a schoolteacher.

Her claim was initially valued at over £1.5 million based on the premise that she would never be able to work again.

November 2013 – the Claimant obtained a franchise in a playgroup. She ran “messy play” workshops for children under the name ‘Creation Station’.

April 2014 – the Claimant served her first witness statement outlining the effect her OCD had had on her life. Her mother’s supporting witness statement was served around the same time. Neither statement mentioned anything about ‘Creation Statement’.

June 2014 – neither the Claimants already obtained and disclosed psychiatric report or that of the Defendant’s expert obtained June 2014 made any mention of Creation Station having been discussed by the Claimant with either expert.

July 2014 – A schedule of special loss including a comprehensive future loss of earning schedule prepared by the Claimants expert, made any mention of ‘Creation Station’. Nor was it mentioned to the Defendant’s expert.

September 2015 – The Claimant served her 3rd witness statement. She accepted that she should have mentioned it in relation to the proceedings but that it was never intended that Creation Station should be run as a business but more as a means of helping the Claimant cope with her OCD. The franchise was transferred in January 2015 to a new franchisee.

1 December 2015 – the Claimant accepted the offer out of time.

The quantum only hearing fixed for 9-11 December was vacated but a hearing on costs, which could not be agreed, was heard before HH Judge Harris early in 2016.

The Judgment of Judge Harris

The Judge outlined the position – whether the normal costs order should apply (following a Part 36 offer being accepted) or whether the court had been persuaded that this would be “unjust” (to the Defendant).

The Judge felt that the normal order would be unjust because it would mean that the Claimant had not been penalised for withholding the information about ‘Creation Station’. The Defendant was therefore only ordered to pay the Claimant’s costs up to the 1 April 2014 which was the time at which the claimant had begun to mislead the Defendant in relation to her purchase of the playgroup franchise. The Claimant was to pay the Defendants costs from that date forwards.

The Court of Appeal

The Claimant’s main ground of appeal was that if the Claimant had accepted the Part 36 offer in time i.e. within 21 days, she would have been entitled to her costs up to the date the notice of offer was served. If she wished to accept the offer out of time according to CPR 36.13 13(5);

The court must take into account ‘all the circumstances of the case including the matters listed in Rule 36.17 (5) – one of these is ‘the information available to the parties at the time when the Part 36 offer was made”.

The Claimant submitted that the costs order against her, which was that she pay the Defendant’s costs from 1 April 2014, was an unjust, retrospective penalty. It was, she contended, disproportionate in the light of the evidence available at the time.

The Court of Appeal agreed with the Claimant’s Counsel that the Claimant’s ‘modest attempts to run a playgroup’ do not amount to evidence that the claimant’s disability was fabricated. The original trial judge was entitled to describe the Claimant’s conduct as dishonest and misleading. However, the court could not agree with his decision on costs or the reasoning that got him to that decision, because;

1. The Defendant’s Part 36 offer was unconditional.
2. It was not a Calderbank offer (which could have had conditions for accepting the offer attached).
3. It was made with knowledge of the Claimant’s material non- disclosure.

The CA referred to the decision in Summers v Fairclough Homes Ltd (2012) 1 WLR 2004, where, with a greater degree of dishonesty than in the present case, the Supreme Court emphasised the importance of the Defendant’s ability to make an offer on special terms as to costs.

The Court also referred to the case of Tiuta PLC (in liquidation) v Rawlinson & Hunter (a firm) (2016) EWHC 3480 (QB) where a Part 36 offer had been made at a very early stage of the dispute with a 21 day period for acceptance expiring on 11 January 2016. The Claimant’s served notice of acceptance nearly nine months later. The court held that;

“ if nothing emerges from the facts to show that the defendant’s assessment of the risks and benefits involved in making the offer he made is in some significant way upset or contradicted or misinformed, it is highly unlikely to be unjust to apply the default rule.”

This was a case where the facts known to the Defendant advisers at the time of the Part 36 offer did not change significantly during the period before the delayed acceptance and was a different scenario from a case where the Defendant’s advisers’ assessment at the time of making the Part 36 offer of the true value of the case, based on the facts then known to them, is upset or undermined by subsequent events or subsequently discovered facts.

The argument that had the Claimant accepted the Part 36 offer within time, no one would have contested the claimants right to expect to receive her costs to the date the notice of offer was received, is we would contend the crucial point to take from this case.
Instead of making a Part 36 offer, the Defendant’s should have made a Calderbank offer with specific costs terms attached, which would have been designed to penalise the Claimant for her non-disclosure. The claimant would have then had the choice of accepting the offer subject to those specific costs terms or taking the risk of running the matter through to the hearing.
The decision re-confirms the “formidable obstacle.” Trying to obtain a variation from the default costs orders associated with acceptance of a Part 36 offer either within or out of, time, will indeed prove a formidable obstacle to overcome.