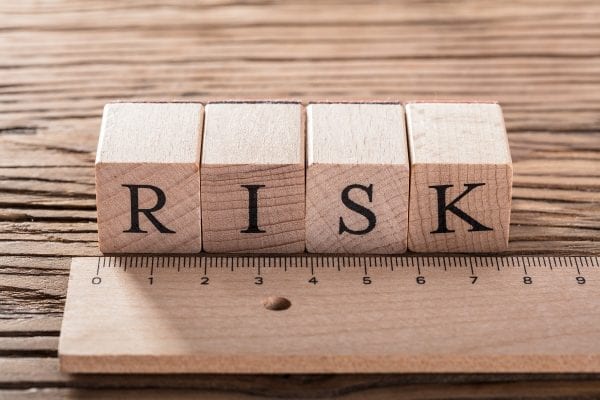 Judgement in the case of Herbert v HH Law given by Mr Justice Hoole in the Sheffield District Registry of the High Court on the 21st March this year. It upheld the earlier decisions of District Judge Bellamy. On the one hand, it was a newsworthy judgement because it was a matter where the claimant/ respondent was represented by a firm of solicitors who have championed the cause of claimants who believe that they have had unfair deductions made from compensation awarded following successful personal injury claims. The judgment gives future prospective claimants in similar circumstances to Ms Herbert, the green light to bring such actions, in the knowledge that they may have very reasonable prospects of success. At the same time, it will leave a sizeable number of solicitors looking over their shoulders to see whether they might be the next in line to have such actions brought against them.

However, going forwards, the real importance of the judgement is that it should bring into focus for claimant solicitors, the dangers of not carrying out a thorough risk assessment on every personal injury case undertaken where the claim is being funded by way of a Conditional Fee Agreement and the necessity instead for tailoring the amount of success fee charged, according to the risks prevailing in each individual case.

Ms Herbert’s claim for damages for personal injury and consequential loss arose out a road traffic accident which occurred in 2015. She instructed the defendants to represent her. The circumstances of the accident were that her vehicle was struck from behind by a bus. She entered into a CFA which provided that where;

She was in addition provided with an ATE policy at a cost of £349 to protect her in the event of an adverse costs order against her. The claimant signed an Insurance Information Fact Sheet to the effect that;

I am aware that if I do not have the appropriate cover in place for this accident [HH] will proceed to take out an insurance policy at a cost of £349 to protect me. I am aware that the cost of the policy and a deduction of damages, up to a maximum of 25%, will be taken upon successful conclusion of my claim’.

She also signed the document to confirm that she had read and understood the contents of the factsheet.

An internal memo on her then solicitors’ file noted in relation to the prospects of success in the case that it;

‘…enjoys reasonable prospects of success given it is a rear end shunt and liability has been admitted on the linked files. I am a little wary that the client may have slammed on rather than slowed to a stop given the earlier altercation with the Defendant driver, however I am of the opinion that she would not have done considering she had young children in the back of the vehicle’.

The matter was dealt with under the RTA Portal.  Proceedings were issued and a Part 36 offer subsequently made in the sum of £3400 together with costs to be assessed or agreed. In their letter to the claimant advising that they felt the offer should be accepted the claimant’s solicitors outlined the breakdown of the offer would represent a;

The claimant duly accepted the offer.

The claimant subsequently instructed another firm of solicitors to challenge the defendants’ costs in particular contending that;

When the matter had come before DJ Bellamy previously he had made the following decisions;

In respect of point 1 above, the Defendant argued that LASPO had changed the landscape to such an extent, that the Defendant firm had had to alter it’s charging method so that it was able to remain profitable. By routinely charging a 100% success fee (which was capped at 25%) the firm was adopting the ‘market’ rate, on the basis, it was argued, that ‘many of our competitor’s charge success fees in the same way that we do.’ Crucially the defendant did not accept that the size of the success fee should be determined by the risk of the particular case and furthermore it was a cost incurred with the client’s approval in accordance with CPR r.46.9 (3) (a) and (b), which outlines the basis of detailed assessment of solicitor and client costs as follows;

(3) Subject to paragraph (2), costs are to be assessed on the indemnity basis but are to be presumed;

In dismissing these arguments, Mr Justice Soole upheld the earlier decision of DJ Bellamy for the following reasons;

Accordingly, the judge upheld the district judge’s decision to reduce the success fee to fee to 15%.

In respect of point 2, the appeal on the ATE premium, the District Judge had said that the insurance premium was to be classified as a solicitor’s disbursement. As such it should have appeared in the defendant’s cash account to the claimant. It did not. He therefore approved the final cash account submitted and as this was devoid of the ATE premium, it was ordered that this amount (which had been deducted from the global settlement figure, before the balance had been sent to the claimant, should be refunded to her. Mr Justice Soole in effect agreed that the defendant’s error in omitting the disbursement from the final cash account, meant that they were the authors of their own misfortune.

Since LASPO was introduced in April 2013, the ability to make lower value RTA PI cases profitable for claimant firms, has been diminished still further. Ensuring that such cases are dealt with as economically as possible particularly by those firms whose practices are RTA centric, has been essential to survival. When HH Law’s representative Craig Ralph said in his statement that was used in evidence in this case, that;

‘I can say that the model we have adopted is that opted for by most of our competitors. It is routine that solicitors now make a solicitor client charge in the form of a success fee. I also know that many of our solicitors’ charge success fees in the same way that we do. Our policy on success fees and the amount, therefore reflects the ‘market rate’ a person who wishes to instruct a solicitor, will pay,’

many RTA practitioners, will find themselves sympathetically nodding in agreement. Indeed, there has, since LASPO, been a feeling that those practitioners who only charge a 12.5% success fee are somewhat ‘letting the side down’ and are contributing to a ‘race to the bottom.’

Is it therefore now just with the benefit of hindsight that one can say that this modus operandi of fixing a standard success fee in such cases has been evidently erroneous? Or has the judgment in ‘Herbert’ been one that was just waiting to happen? Whatever view one takes, practitioners have been dealt a harsh reminder that a properly worked out risk assessment is imperative in cases where a CFA and ATE policy are the chosen method of funding a client’s case.