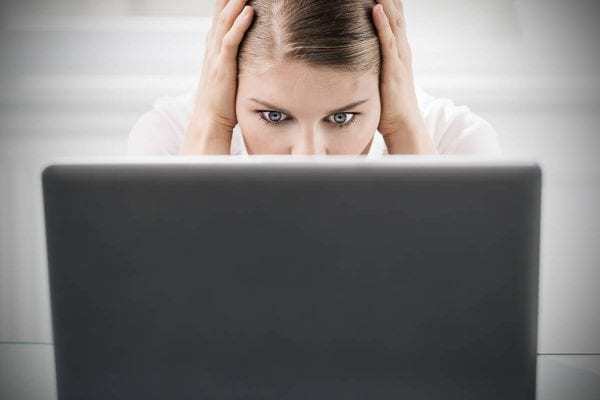 The case law outlining the importance of filing costs budgets on time is well known with the decision in the matter of Lakhani v Mahmud (2017) EHWC 173 being the latest to confirm the difficulty of being successful on an application for relief from sanctions.

If either party does fail to file their budget then they will fall foul of Rule 3.14 of the CPR as follows;

3.14 Unless the court otherwise orders, any party which fails to file a budget despite being required to do so will be treated as having filed a budget comprising only the applicable court fees.

In a nutshell – the party in default will be litigating with no chance of recovering anything for their efforts other than a court fee back. It’s called in common parlance, being up a creek without a paddle!

So, the very heavy effect of the sanction for the defaulting party is that the opponent can take the matter all the way to trial knowing that there is very little risk indeed in respect of costs.

As a result of this misnomer, the rules committee decided to amend CPR 36.23 to provide as follows;

(1) This rule applies in any case where the offeror is treated as having filed a costs budget limited to applicable court fees, or is otherwise limited in their recovery of costs to such fees.

(Rule 3.14 provides that a litigant may be treated as having filed a budget limited to court fees for failure to file a budget.)

(a) in respect of those costs subject to any such limitation, 50% of the costs assessed without reference to the limitation; together with

(b) any other recoverable costs.

Prior to the amendment of 36.23, if the opponent of a party subject to the sanction of only court fee recoverability failed to beat a Part 36 offer, their worst-case scenario was having to pay court fees only ie no risk at all. At least as a result of the revision to CPR 36.23, it now means that in the same scenario as above, if the same party fails to beat the Part 36 offer, then they will be faced with paying 50% of the costs that would under normal circumstances be recoverable. This does not carry back to costs prior to the expiry of the relevant period in relation to the Part 36 offer, only those going forwards from that date. However, it is still a considerable improvement on only being able to recover only court fees.

Practical considerations for a party subject to sanctions under CPR 3.14

If you are the unfortunate party that finds yourself in the situation of being sanctioned for late filing of your budget and fail on an application for relief, then you should make a very competitive Part 36 offer as soon as you can. If the offer is accepted within time and you are acting for the claimant, then you will still be restricted to recovering court fees, but you will have saved on incurring extra costs that would not be recovered going forwards in any event. (Although a conflict of interest with your client’s best interests is potentially a major problem here!)

Practical considerations for a party whose opponent is subject to sanctions under CPR 3.14

If you are the opponent of a party who is subject to the CPR 3.14 sanctions ie you are not the party in default, it is hugely important that even though your opponent is restricted to recovering courts fees, you still you get those ‘costs;’ agreed or subject to court approval by way of a costs management order. A court will often not approve or even consider a party’s budget where they have been restricted to Court Fees only, since they think it is otiose as that party will never recover costs. However, the practical effect of CPR36.23 and the fact this will very likely encourage a defaulting party to make a competitive P36 offer promptly, means the defaulting party ends up recovering substantial costs (albeit at only 50%) more often than might be thought.

Getting a Costs Management Order made on an agreed/approved budget means that  if this scenario does transpire, the 50% costs recovery your opponent makes can still be controlled by CPR 3.18 and the approved budget.  If no costs management order is made on the budget of the defaulting party then the provisions of CPR 44 paragraphs 3.1 to 3.7 (in particular paragraph 3.4) are brought into play at any subsequent assessment of costs. These provisions mirror the old rules at CPD 6.5A prior to the Jackson changes, and as anyone who practiced costs in that era will tell you were considerably less efficient at limiting costs than the Costs Budgeting regime, so if you do not ensure that a costs management order is made, then your opponent can in theory draw a Bill of Costs that exceeds the budget in respect of which they were (in theory at least) limited to Court Fees only and you face the prospect of having to pay your opponent costs that might well almost equate to the costs that they would have recovered, had they not been subject to sanctions for failing to file their budget on time!

If you find yourself in the position of being either the party subject to CPR 3.4 sanctions or the party on the other side to someone who has been sanctioned in this way, and you need advice, then contact us here at R Costings and we will be happy to help. Call us on 01480 463499.