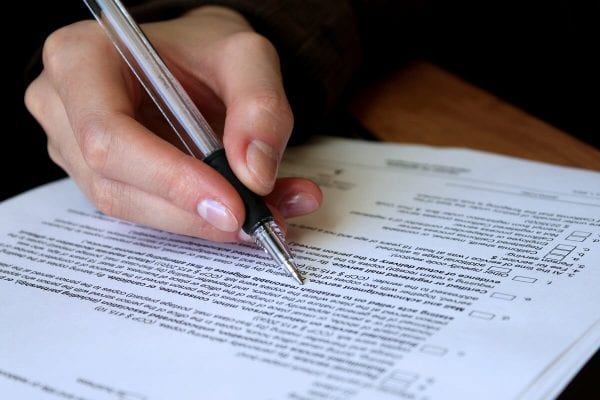 The Claimant was challenging a solicitors bill from a previous firm of solicitors retained by him Judgement was given on the 31st January 2018.

Master Brown at the SCCO, in Swain v JC & A Solicitors, provided some good news for those seeking to raise challenges on their solicitor and own client legal bills, when he granted an order for delivery of documents that were in the possession of Mr Swain’s former solicitors, thus giving him the chance to contest the charges raised on him by them. The charges in dispute arose from them acting on his behalf in an RTA claim.

Mr Swain (the Claimant) was the former client of JC & A Solicitors (the Defendant) whom he had instructed to deal with an RTA matter. The claim was pursued with the benefit of a CFA and ATE. The claim settled for £2807 from which the Defendant deducted £891.25. The Claimant decided to investigate whether the deduction taken from his damages was ‘fair and in accordance with the funding arrangements’ and further ‘whether there (were) any grounds for him to seek assessment under Pt III of the Solicitors Act 1974 of the sums payable by him in respect of the Defendants fees and expenses.’

The Master, noting that there had been a large number of similar applications made in the SCCO, indicated that he thought it timely to provide some authoritative guidelines.

There was no dispute on liability. The matter settled after service of a stage 2 settlement pack. Credit was given to the claimant for the sums paid towards costs by the Insurers on settlement of the claim, meaning that the Defendant received £1707.25 by way of costs.

Three months on, the papers had not been released and an application was made seeking delivery of such papers from the file over which the Claimant had proprietary rights and delivery of such copies of the file over which the Claimant didn’t have any proprietary rights. An offer was made to pay the costs of photocopying the latter.

On the same date that the Part 8 proceedings were issued, the Defendants sent to the Claimant (again directly) what they asserted, was a ‘statute bill’, ie one upon which they were entitled to sue for the recovery of the sums allegedly due, under the terms of s 69 of the Solicitors Act 1974.

Although the bill was heavily redacted it was evident from it that the hourly rate claimed was for £250 per hour. Attached to the bill were earlier bills addressed to the paying insurer seeking £500 plus VAT, with a further bill claiming £692.50 by way of contribution from the Claimant including an ATE premium of £198.75.

Eleven days after proceedings were issued the Defendants sent a bundle of papers to the Claimant directly, stating they were ‘other papers you have the right to.” A number of documents were also found to have been redacted in this bundle, obscuring the name of the fee earners that had handled the claim.

The Claimant sought production of a letter to the ATE provider, part of the CFA which the claimant said had been withheld and four schedules which were referred to in the disclosed part of the CFA, together with any other documentation forming part of the client care package.

The Defendant conceded to the Claimant’s entitlement to the letter or letters sent by the Defendant to the ATE provider.

The Claimant’s case was that;

The Master held that the court had a discretion to order the provision of copies of the documents sought and that this was an appropriate case where it should exercise that discretion in the Claimants favour. Counsel for the Claimant relied on s68 (1) of Part III of the 1974 Act and the inherent jurisdiction of the court.

The Master found the Judgement of Deeny J in the Northern Irish, High Court case of Mortgage Business v Taggart [2014] NICH 14, highly persuasive, based, as it was, on similar facts to the Swain case and with similar opposing arguments being taken by the parties.

‘It seems to me therefore the plaintiffs, if they aver that their own files are believed to be incomplete, are entitled to see and copy these but would have to pay professional fees of a solicitor to the extent that a solicitor has to spend time checking the files and of clerical assistance to the extent to which it is required in the course of furnishing copies.’

Master Brown’s judgement flies in the face of two recent decisions in similar cases.  Most notably, Mr Justice Soole in the case of Parvez v Mooney Everett Solicitors Ltd 2018 EWHC 62 QB stated: ‘It must follow that it is only the solicitor who can determine the content and terms of what is his demand or claim for payment. Neither the client nor the court can make that determination on his behalf.’

In deciding to the contrary, Master Brown acknowledged that there may follow a raft of satellite litigation as disgruntled former clients in more and more cases may well decide to challenge former solicitor’s charges. However, he felt that as there were already a similar number of these applications ready to be heard by the courts, that transparency would in fact hopefully save court time as such matters would not require the courts intervention going forwards.

Some have argued that the judgement gives succour to those doing what the Defendants in Swain alleged Mr Swain was doing, as outlined in their objections to the disclosure of certain documents, namely that it allows anyone, who after the event, decides to go on a ‘fishing expedition’ in so far as their former solicitors are concerned to try and pick holes in the charges raised by those solicitors.

Others would say that it is an inalienable right for any client to challenge their former solicitor’s charges, that in order to do that they need to have access to all documents held by their former solicitors to help them decide whether the charges levied were reasonable and that if the client has lost , mislaid or never received CFA and /or ATE documents, that they should be entitled to receive copies from the former solicitor on the proviso, that the costs of producing these are met by the client. As Master Brown in Swain outlined;

‘it is clear that the Claimant now reasonably requires these documents as he is at a substantial disadvantage without them.’

The facts of the Swain case, reveal that the CFA that was disclosed, contained heavy redactions and the details of the fee earner conducting the matter were not thereby revealed. In addition, during the course of his judgment Master Brown stated;

‘In a letter dated 1 October 2015 the Claimant was told that a Legal Executive would be handling his claim but as I have recorded above the details of fee earners have been obscured in the documents disclosed. The rate of £250 per hour is perhaps a rate one would normally associate with a substantially higher-grade fee earner in a matter of significantly greater complexity and value.’

Ultimately it will be for a court on assessment to decide the reasonableness of these costs or otherwise.

Out of all this though perhaps comes a lesson for all solicitors in ensuring that they ensure they ‘get it right the first time’, and are seen to be doing so, even in matters where portal costs are concerned and a success fee is being charged. If the lay client is charged a reasonable rate for the grade of fee earner handling the case, that grade is clearly stated and his CFA is transparent and reasonable in every aspect, as is the amount of the ATE premium he is being asked to pay, then the charges may be less likely to be challenged in the first place and certainly less likely to be reduced, if they are challenged.

Real clarity on the points being argued in Swain may have to wait, as it is likely to have to be provided by a higher court, which is where this matter may well be heading.