A ROUND UP OF MAY’S COSTS CASES 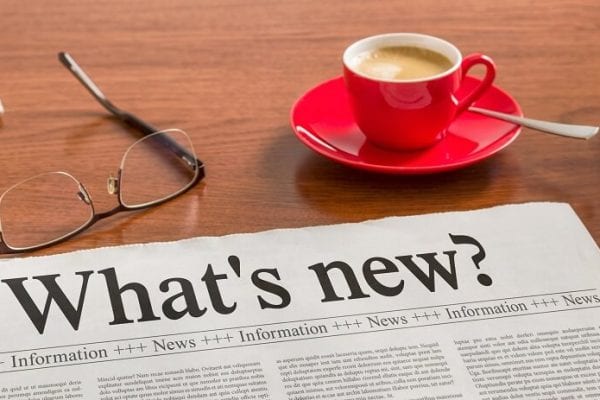 Case law involving legal costs issues, was pretty thin on the ground in May, certainly by comparison to the preceding few months. Nevertheless, there have still been some important decisions for us to look at.

First up, we’ll start with a judgment that was actually handed down near the end of April. Ok, we know April isn’t May, but it is a good place to start because it involves the case of Jallow v Ministry of Defence.

Our blog of the 2nd April Hourly Rates in Budgeted Costs : Where are we after RNB and Nash looked at the recent cases where defendants had argued that a reduction in the hourly rates of incurred costs, at assessment, was a good enough reason to depart from the budget in respect of future costs. In the case of RNB v Newham BC, Master Campbell had said that it WAS a good enough reason. However, in the cases of Bains v Royal Wolverhampton Trust (unreported) and Nash V MOD, it was held that a reduction in incurred rates was NOT a good enough reason to depart from the budget, when it came to future costs. The judgment of Master Nagalingam, was very well reasoned, but we opined the view that a higher court decision on this point was necessary to bring an end to the argument (as much as a point of law is ever brought to a once and for all conclusion!).

Well we did receive another decision on the point fairly soon after, but alas it was not a judgment from a higher court, emanating as it did from the SCCO again. This time it was the turn of Master Rowley in ‘Jallow’ to find no good reason to depart from the budget where incurred costs had been reduced on assessment. Nothing specific was raised by the paying party’s Counsel in ‘Jallow’ regarding the hourly-rates challenge. If the rates were reduced here, exactly the same point would apply in any other case. That in itself pointed to the conclusion that a reduction in the hourly rates ought not to be a good reason to depart from the budget.

Rowley did recognise the tensions between the need to allow proportionate costs on an item by item basis in assessments and the need for certainty in budgets. Which all leads us to the same conclusion in our last blog on this point. A higher court decision would be very welcome.

A case that was in the mainstream news because of the subject matter of the case itself, was that of Various Claimants v WM Morrison Supermarkets PLC 2018 EWHC 1123 QB. It concerned claims that Morrisons were directly liable for a disclosure of data relating to 99,998 employees of Morrisons, and claims they were vicariously liable for the actions of the employee of theirs who disclosed that data. Langstaff J’s judgment saw that the claims in respect of direct liability failed, but those in respect of vicarious liability succeeded.

The judgment of the 16th May was in respect of the costs of the action. The Defendant, Morrisons contention was that the bulk of work carried out by the claimants had been in relation to trying to prove the claims of direct liability. As those claims had failed and because, Morrisons argued, little or no time had been spent in respect of proving the vicarious liability claims, which did meet with success, then the claimants should not be entitled to their costs of the action. The claimants on the other had contended that as they had won the case they were entitled to their costs of the action and as Langstaff J pointed out, that is the starting point. However, he also went on to point out that under CPR 44.2 (2) (b), the court may make a different order, particularly since Parts 44 (4) and 44(5) of the CPR provide that the court will have ‘regard to all the circumstances’ when deciding what costs order should be made, including the conduct of the parties.

Langstaff J took the view that;

“….if the trial had been in respect of vicarious liability alone it would have been concluded (judgment apart) in less than half the time it was” and “ the claimants have had the indulgence of pursuing claims which were tenuous….. at unnecessary length…the defendant should not be required to pay for this, but rather be made subject to a costs order which reflects the fact that it succeeded in resisting those claims.”

In rejecting Morrisons argument that there should be a net costs order in favour of the Defendant, or their fall-back position that each party should bear its own costs and also rejecting the Claimants argument that they should have their costs in entirety (or a very substantial percentage of those costs) awarded to them, he came to the conclusion that the claimants should receive 40% of their costs. Some may think upon reading the full judgment that they were perhaps somewhat fortunate to receive as high a percentage as that!

Harrap v Brighton and Sussex NHS Trust 208 EWHC 1063QB was a clinical negligence case that was discontinued three days into the trial. The claimant, argued that whilst the claimant should bear the costs of the trial that it should only do so up to the date of exchange of witness statements. Thereafter, the claimant argued, the defendants should bear both sides costs because new evidence emerged from one of the defendants witnesses as to fact, during cross examination at trial, that proved fatal to the claimant’s case.

The claimant went on to suggest that the new evidence provided by the witness at court, amounted to a change in circumstances and provided a good enough reason why the court should depart from the default position whereby the discontinuing claimant should bear all the defendants costs of the action in their entirety. Counsel for the claimant said that the discontinuance was not of the claimants making but rather because of the unreasonable conduct of the defendants in not properly proofing the witness, thus ensuring that his witness statement covered the relevant areas.

Mrs Justice Lambert was unable to agree that the claimants case was one that was always doomed to failure, not least because she had only heard part of the evidence that would have been made available to the court had the discontinuance not taken place. She also found that there had been a change of circumstances that was due to the unreasonable conduct of the Defendant and to which the Claimant had not contributed. There had been a change of circumstances as a consequence of the new evidence which was elicited at trial. She therefore concluded that, on the unusual facts of the claim, the default position that following discontinuance, the claimant should bear the entirety of the defendant’s costs, was to be displaced. Justice Lambert accepted that the threshold for rebutting the presumption in CPR 38.6 was high, but found that the threshold had been reached in this case.

However, she did make two modifications to the order for costs sought by the claimant, namely that;

The final case covered in this brief round up is that of Mercura Equitaies FZE v Nisoma Ventures Ltd & anor heard before Judge Vineall in the High Court. This was a claim for the alleged unlawful disclosure and use of confidential information. All issues had been resolved prior to trial, save as to the question of costs. The defendants paid to the claimant the sum of £35,000 damages and surrendered control of various documents and other property to the claimants, pursuant to an injunction.

The claimant’s costs were in the region of £450,000. The defendant offered to contribute £25,000 towards costs but argued that the settlement figure in respect of damages in the sum of £35,000, was so modest that it could not warrant a payment of costs of £450,000.

The Judge held that;

If you have a costs query or problem that you would like some help with, why not get in touch with us here at R Costings? Our friendly and experienced costs experts will be only too pleased to help. Call us on 01480 463499 or email paul@rcostings.co.uk